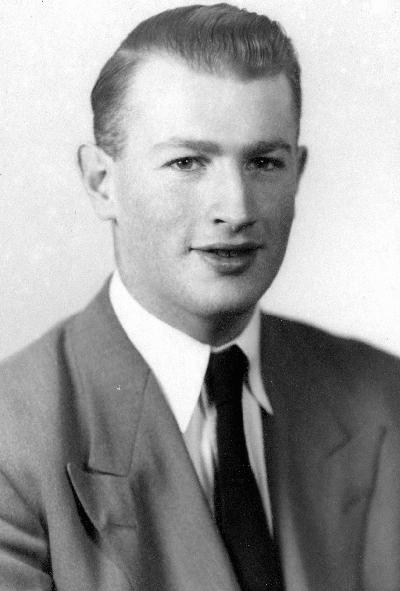 Many sports in the province can point to an individual, or even a group of individuals, who were responsible at one time for starting that particular sport. In volleyball, talk will quickly turn to one man, who has been credited with introducing the sport, and playing a crucial role in its development into one of the most popular, and widely enjoyed sports in the province.
That name is Myron Weeks. Myron Weeks is a name that is synonymous with the sport of volleyball on Prince Edward Island.
As a builder, a coach, and a referee, if it involved volleyball, then Myron was involved. To many people, he is the Grandfather of the sport in this province, with an involvement that has spanned an incredible 50 years, and there are very few who have played the game in the province that have not been associated with Myron in some form. He has left an indelible mark.Introduced to the game in the late 1950’s by a Czechoslovakian doctor, Myron was part of a group that started volleyball at the Charlottetown YMCA, along with David Mills and Wendell MacLean. The result was the formation of the Mic Mac Volleyball Club, under Myron’s leadership, and that club, under various guises, has been prominent in Island volleyball to this very day.These three men, with Myron at the helm, would later comprise the Island delegation to Winnipeg in 1970, which led to the founding of Volleyball PEI. It was at this meeting that Myron took his first refereeing clinic, and he continued to officiate in the sport until 1988, in that time refereeing at three national championships, and gaining enormous respect for his officiating prowess with the national body.
It is probably as a coach, however, that Myron is most fondly remembered. Beginning with the Mic Macs in the 1950’s, his coaching career spans a period of five decades. In 1966 he began coaching children in the Charlottetown area, and he went on to coach at the first Canadian national juvenile and junior championships in Ontario in 1975.

He was the head coach of the 1975 PEI Men’s Canada Games team, head coach for the women two years later, and again assistant coach for the women in 1993. He is revered at Colonel Gray, where he coached for so many years people have lost count, at times looking after both the men’s and the women’s programs. In total, as a coach or referee, Myron has attended 35 national championships, and has taken over 30 teams to competition off-island.

A winner of the Sport PEI Coach of the Year award in 1977, he has also been the recipient of the Charlie Ryan Award, and has been honoured through the Sport PEI / ADL Volunteer Recognition Program. Like many great builders and coaches, Myron’s focus was always on what was best for the sport, and although he, like we all do, enjoyed the thrill of victory, his main focus was to get as many people playing as possible, and promoting the positive aspects that volleyball offers.