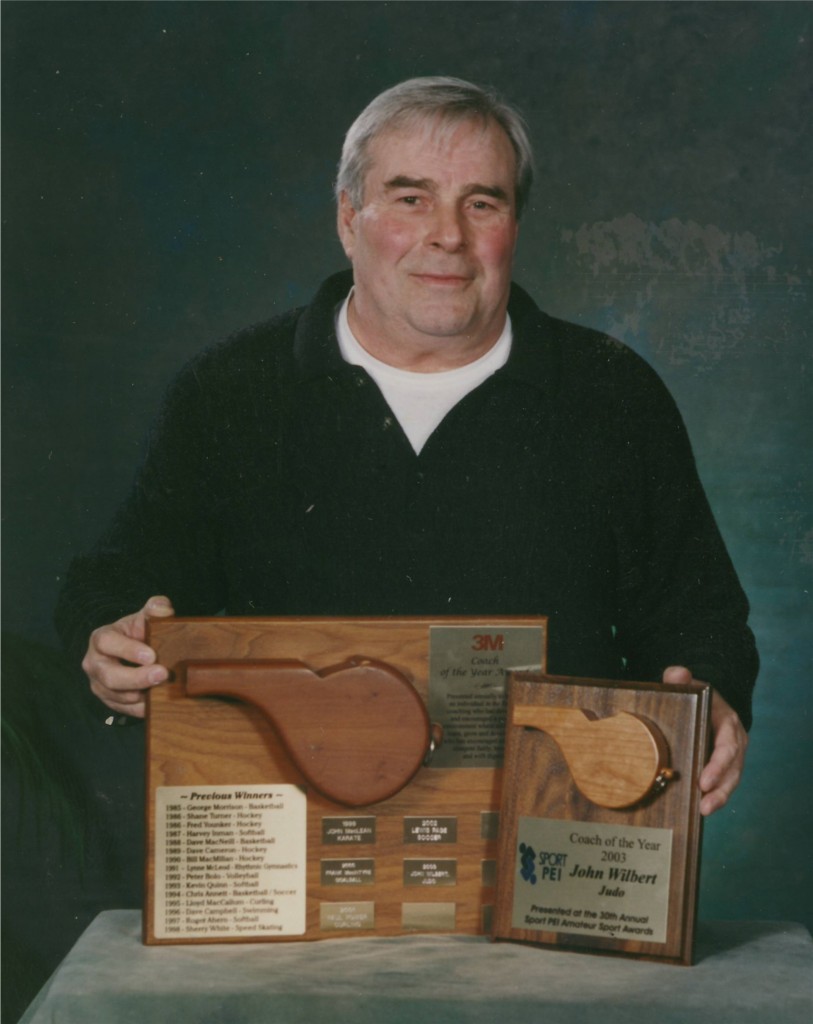 Many individuals have been inducted into the PEI Sports Hall of Fame that can profess to love their sport – however, I doubt there is anybody who has committed more than half of their life to educating, teaching and mentoring like tonight’s honoured Hall of Famer – my old coach, and my friend, Hans Jurgen “John” Wilbert.

John has lived and breathed judo on PEI for 40 years. He grew up in Germany in hardship, a country struggling to come to terms with the effects of the Second World War. Sports were all he had growing up, and the local club offered two of his greatest passions – judo, and soccer.

He loved soccer primarily, but the problem was he was too short, especially for the position he loved, that of goalkeeper. At judo, however, he was good – powerful, stocky, and determined. He began to win tournaments, and was selected for representative teams.

Opportunity presented itself to John in the shape of a better life, and in 1959 he came to Canada. Originally to Calgary, where he competed and won provincial and western championships, and then, in 1974, to Prince Edward Island.

Before arriving, he had never really coached judo, but he saw an opportunity to share the sport he loves with the Island. The sport had only really taken off worldwide in the mid-60s following the Tokyo Olympics, and when John arrived, there were just a handful of athletes and a couple of clubs, at UPEI and at the base in Summerside.

Under John’s command, there then followed a period of unqualified success. In 1983, judo won its first ever medals at Canada Games when Darryl Arsenault and Rocky Constable won silver and bronze respectively, and over the years judo has become PEI’s most successful Canada Games sport, with 14 medals being won, and John had a hand in all of them.

In the 1980s John formed his own club, the Rikidokan, and it quickly became a club to be reckoned with throughout the country. Countless Rikidokan athletes have come away from regional and national tournaments with medals – at the last count, at least 150, but that is a conservative estimate.

The one thing about John is his amazing desire, spirit and energy. He has never believed PEI is inferior to anybody, and his athletes are the top of the pile. Opponents hated fighting John’s opponents because they knew they were in for a tough day.

He can be tough, grouchy, and short-tempered to those that don’t know him, or only see that hard exterior. But that is not the John we know – the John we know absolutely loves the kids he teaches, and will do anything to make them improve, and be better. He sees the potential in all his athletes, and he has the magic formula in helping those kids achieve their dreams. Almost every week-end in the season he will load up the van and take the kids to a regional or national meet somewhere, so they can improve and get better competition.

Despite being a 5th dan, one notable thing about John is that he is not a dinosaur coach. He loves finding new ways and new techniques, and this was never more apparent when he introduced his athletes to wrestling about 10 years ago. Despite knowing very little about the sport, his club has produced some amazing wrestlers, and he is extremely proud of individuals like Veronica Keefe who he has nurtured to national and university titles. Despite being coached by some of the best in Canada, it is still John Wilbert that Veronica turns to when she needs help and advice.

He hates administration, boardrooms, rules, and anybody telling him what to do! He also hates being recognized for what he has achieved, but I know deep down that tonight’s induction means a lot to him. He has won a countless honours from the City, Province and Sport PEI, but one of his proudest achievements was being named to the Canada Games Hall of Fame in 2009. This meant a lot to John, as it reflected on the success not of John Wilbert, but of all those he has helped win medals along the way.

So it gives me great pleasure this evening to stand up here on behalf of all those thousands of athletes that have passed through John’s doors, and who he has helped to become not just better athletes, but better people. For those great champions along the way – Jeff Wilbert, Gordie Foster, Patrick Knox, Alicia and Christine Wilbert, Sheri Ryan, his first national champion, Mitzi Mitchell, Natalie Burke, Veronica Keefe, and countless others, including myself, Steve Edmonds – on behalf of us all, it gives me great pleasure to say to John Wilbert – welcome to the PEI Sports Hall of Fame.

Thank you very much. 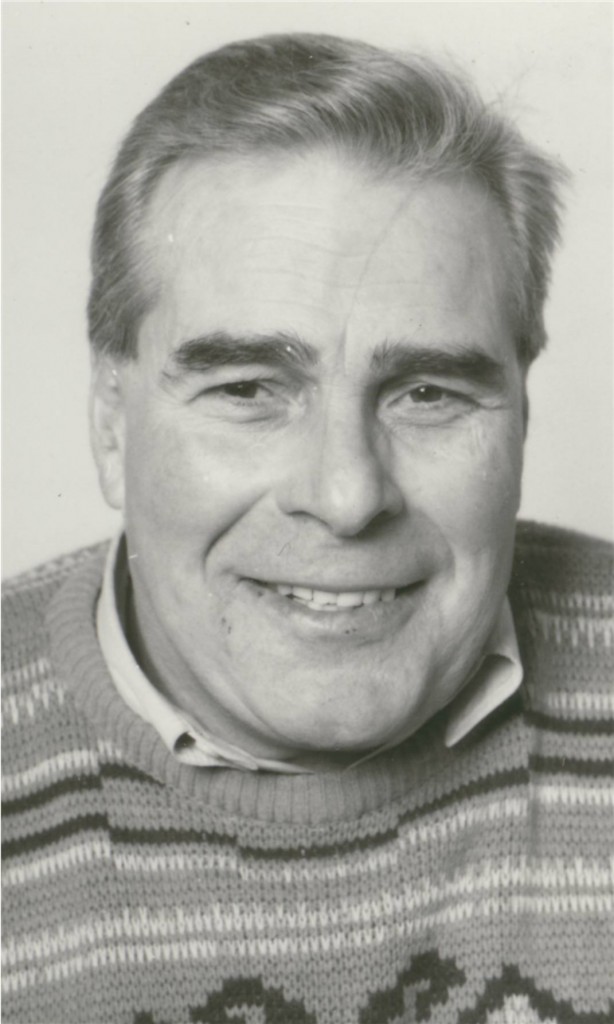 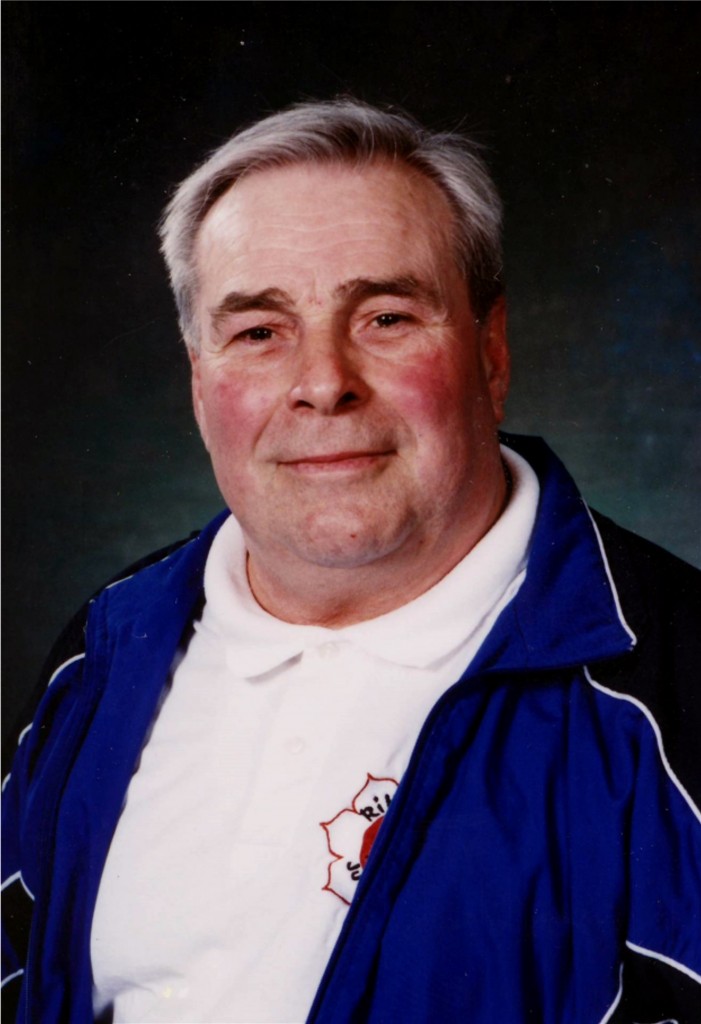